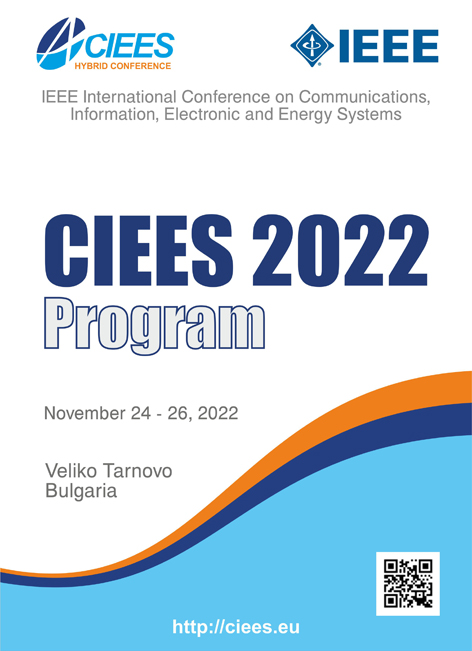 The International Conference on Communications, Information, Electronic and Energy Systems (CIEES 2022) will be held on 24th – 26th November, 2022 in Veliko Tarnovo, Bulgaria. The conference is aimed at providing an international forum for researchers, academics, people in industry, and students to address recent research results and to present and discuss their ideas, theories, technologies, systems, tools, applications, work in progress and experiences on all theoretical and practical issues arising in telecommunications, electronics, signal processing and applications, information technologies, energy, automotive and industrial engineering.

CIEES 2022 welcomes all high-quality research papers and presentations from related research fields. The conference will be in HYBRID mode – face to face and/or virtual.

CIEES 2022 is organised by the Association on Communication, Information, Electronic and Energy System and IEEE Bulgaria Section.

Academy of logistics and transport, Kazakhstan
Title of plenary lecture:

Veliko Tarnovo, the medieval capital of Bulgaria, is brought to you with more than 7000 years of history. The houses, stacked one above the other, situated on the steep hills of the city, show a remarkable and unique architectural style. The bridges, unexpectedly flying over the river, palaces and towers, spectacular museums, ancient columns with inscriptions left by our proud rulers, monasteries with unique mural paintings and frescoes and the Arbanassi fortress-houses.

Veliko Tarnovo is a city located in the centre of Bulgaria, on the halfway between Sofia and Varna. South of the city rise the cold northern slopes of the Balkan Mountains and north of the city extends the vast Danube Plain.

CIEES 2022 will take place in the Meridian Bolyarski Hotel located in the heart of the Old City of Veliko Tarnovo, Bulgaria. Veliko Tarnovo is a city of many sights and one of the most popular tourist centres in Bulgaria. Its unique location on the three hills Tsarevets, Trapezitsa and Sveta Gora, makes the town one of the most beautiful in Bulgaria and also adds special charm to the city’s appearance and its own identity.

Veliko Tarnovo is very accessible by almost all kinds of transport. You can reach the venue trough:
1. Sofia International Airport is 217 km away.

Feel free to contact us with your questions and recommendations for the CIEES2022 Conference using the following:

Book CIEES 2022 in your calendar

The International Conference on Communications, Information, Electronic and Energy Systems